Jackie Aygemang Appiah is a Ghanaian actress and model. She was born in Toronto, Ontario, Canada on the 5th of December 1983. She relocated to Ghana with her mother when she was 10 years old.

Jackie Appiah made her first appearance on screen in the year 2001 when she was invited by Edward Seddoh to play the role of Enyonam Blagogee in the the TV series “Things We Do For Love”. Although there is a popular believe that she was a very shy girl when she first started acting, she became famous and brought to lime light when she acted in the movie “Mummy’s Daughter”.

The name of the star actress father is Kwabena Appiah and the name of her mother is Janet Owusu. Jackie Appiah’s  father is from kumasi in Ghana although he resides mainly in Canada. Her mother used to live in Canada till they both relocated to Ghana together. She is the last child in a family of five Children.

She got married in 2005 to her heartthrob Peter Agyemang and they had a son together which they named Damien. The couple reportedly got divorced 3 years later in the year 2008. The divorced was finalized in 2012 with Jackie Appiah getting the custody of their son. 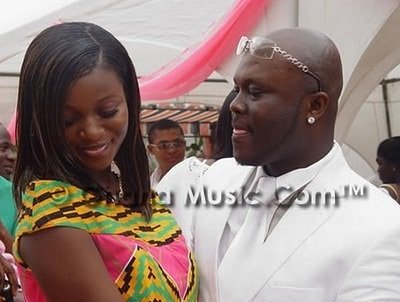 Just like a lot of celebrity couples, the duo experienced lot of frequent disagreements and It had always seemed that their marriage was on the verge of collapse for quite some time. This led to some serious marital issues that they were not able to solve. Eventually, Jackie Appiah and Peter Agyemang decided to get a divorce.
Despite the media trying many times to get Jackie Appiah or her ex- husband Peter Agyemang to reveal what caused their divorce, none of them was ever ready to talk. But it appear obvious that both Jackie and her ex-husband were both happy to be rid of her each other.
https://www.youtube.com/watch?v=cCniQ1lJUf8

Jackies Appiah can be described as a veteran actress particularly in the Ghana movies industry popular called Ghallywood. She has acted in over 50 movies many of which are blockbusters. Below is a list of some popular movies she has featured in: Just like most celebrities, Jackie Appiah has experienced her own fair share of scandals and rivalry. It was widely reported at a time that she was cheating on her husband with her male colleagues in the industry and many believed this is one of the reasons that led to her divorce but she has since then come forward to declare that she has never cheated on her husband.

Jackie Appiah was also reported to be in some sort of rivalry with her female colleagues with the names of Yvonne Nelson and Nadia Buhari being mentioned the most. It was even reported that Yvonne Nelson granted an interview calling out major producers and directors on why they giving Jackie Appiah prefential treatment and letting her get away with lot of things which are not normally condone on film set.

Jackie Appiah is one of the richest and most influential actresses in Ghana movie industry popular called Ghallywood she is believed to have an estimated net worth of $800,000. She has lot of luxury cars and buildings and enjoy having her vacation in exotic places.